Small Business of the Year

The 127-year-old landmark was founded as Riverview Cemetery in 1891 by a group of Pueblo businessmen headed by Mahlon D. Thatcher. The property was originally platted on 350 acres stretching from its present location north to the Arkansas river. 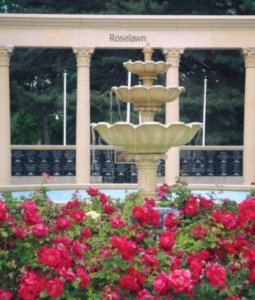 In 1905, Riverview was re-structured from a for-profit cemetery to a non-profit cemetery association and its name was changed to Roselawn Cemetery. The re-formed property consisted of 100 endowed acres and another 35 acres of farm property set aside for future growth, which remains the location footprint to the present-day.

Roselawn has grown from a small cemetery company to a modern-day combination property that includes: a cemetery, a for-profit funeral home, an on-campus crematory, a pet-services company, monument shop, and a non-profit Foundation. The cemetery, funeral home, and Foundation are governed by community boards and Kevin F. McCarthy serves as the Executive Director of the various companies.

Roselawn is a one of Pueblo’s crown jewels and stands as a testament to Pueblo’s rich history and diverse culture. There are over 61,000 people buried at Roselawn and it ranks as one of the largest and oldest cemeteries in Colorado. Roselawn was listed on the National Register of Historic Places in June of 2017.

The “Charles W. Crews” Business Leader Award will be presented to Dr. Mike Bartolo, Manager of Colorado State University’s Arkansas Valley Research Center located near Rocky Ford, Colorado. Dr. Mike Bartolo was born and raised on a small farm east of Pueblo on the St. Charles Mesa. His grandparents and great-grandparents emigrated from Italy in the early 1900’s to farm on the Mesa and in Vineland.

After graduating from Pueblo County High School in 1980, he went on to attend Colorado State University, receiving his B.S. degree in Bio-Agricultural Science in 1984 and his M.S degree in Horticulture in 1986. In 1990, he received his Ph.D. in Plant Physiology at the University of Minnesota.

For the past 28 years, he has conducted research to support commercial vegetable crop production in the Arkansas Valley and other parts of the state. His research has concentrated on developing improved production practices to conserve water, enhance the yield and nutritional quality of vegetable crops, and extend the growing season. He is also working to identify onion varieties that exhibit anti-cancer activity. In addition, he has worked to develop chile-pepper varieties that are adapted to local growing conditions including “Mosco,” the predominate type of Pueblo Chile. He has done studies on over 20 types of crops, from alfalfa to zucchini, with emphasis on melons, onions, and peppers.

He has developed numerous educational programs to bring vegetable growers in compliance with food safety, labor, and resource conservation regulations. In the process of this work, he has also served as a founding member of the Colorado Fruit and Vegetable Growers Association. 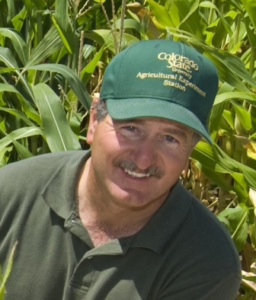 In addition to his research and outreach activities, Mike is the Manager of Colorado State University’s Arkansas Valley Research Center located near Rocky Ford, Colorado. The Research Center is a 100-acre facility devoted to different aspects of irrigated crop production and supports activities initiated by on-site and campus-based researchers.

When he is not spending time on the Research Center farm, he is tending his own farm and involved with numerous local and regional groups including St. Peter’s Catholic Church in Rocky Ford. He is also a trustee for the Palmer Land Trust, an organization devoted to land and water conservation.

He has a wonderful wife of 29 years, Kyle, and two bright children, Andy and Samantha, who have embarked on their own educational journeys.

The Luncheon is $30 per person or $240 for corporate tables of eight. To RSVP for the luncheon, contact Terri Kallish at terrik@pueblochamber.net or 542.1704.