Michael Salardino Honored as Citizen of the Year

The Greater Pueblo Chamber of Commerce will hold its 109th Annual Meeting on Friday, January 24, 2020 at the Pueblo Convention Center, 320 Central Main Street. The evening will begin at 6:00pm with cocktails, hors d’oeuvres, and a silent auction. Dinner and program will follow at 7:00pm.

The Highlight of the event is the “Citizen of the Year” award presentation. This year, the award will be presented to Michael Salardino for his lifelong support of Pueblo and the numerous organization that he contributes financially to and volunteers with. “Michael has had a significant impact in many areas of our community and has been involved in many causes, including business, education, the arts, government and philanthropy. His lifelong commitment and devotion to the betterment of Pueblo is impressive and appreciated by many,” says Greater Pueblo Chamber President/CEO, Rod Slyhoff. 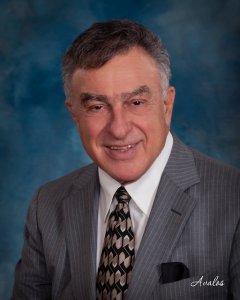 Salardino and his family moved from Florence to Pueblo when he was 6 years old and fell in love with the community at a very young age.  He attended and graduated from Southern Colorado State College (now CSU-Pueblo) in 1973, and quickly became a well-known member of Pueblo’s broadcasting world – working as a disc jockey and general manager for KDZA Radio in the golden age of rock ‘n’ roll, then as a sportscaster, news reporter and sales representative for KOAA-TV. In 1987 he shifted gears and became a financial advisor and then a Certified Financial Planner. Salardino currently works with Security Service Investment Group and Raymond James Financial Services.

“I don’t think I could sleep if I wasn’t involved,” he said. “I don’t have kids so I have causes.”

He served on Pueblo City Council from 1979 to 1990 and was instrumental in the creation of Pueblo’s sister city relationship with Bergamo, Italy. Salardino has served on many boards, including the Old Timers Baseball Association, Pueblo Child Advocacy Center, Pueblo Rape Crisis Center, Parkview Foundation, Colorado State Fair, Sons of Italy of Southern Colorado and the Grand Lodge of Colorado. He current serves as the president of Rotary 43 and the Dante Alighieri Society and on the St. John Neumann Catholic School board, Sister City Commission, United Way campaign cabinet and Broadway Theatre League board. Salardino has been honored as the Pueblo Italian American of the Year, Colorado Italian American of the Year and United Way volunteer of the year.

Reservations are now being accepted. Greater Pueblo Chamber Members are $100 per person, corporate tables of 8 are $800, and Preferred Seating (table of 8 and listed as Dinner Sponsor) are $1,000. Sponsorship opportunities are also available. To make a reservation, please contact Terri Kallish at 719-542-1704 or terrik@pueblochamber.net.

For more information on the 109th Annual Meeting, please contact the Greater Pueblo Chamber of Commerce at 719-542-1704.